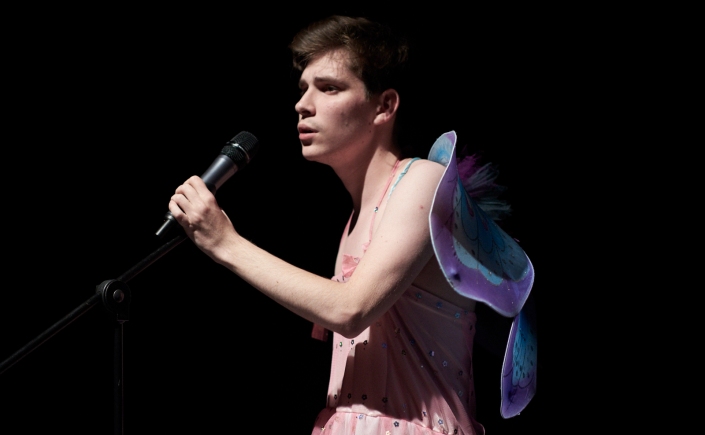 Lancashire Fringe Festival shared this venue with Derelict Mayhem on May 24 at Media Factory, Preston.

Here’s the full list of Derleict artists (and photos by Garry Cook):

In 1991 the Berlin Wall was demolished. On January 25, 2017 Trump gave the order to construct a wall along the Mexican border. A fragmented response to a divided world of walls. Of physical barriers, Of non-physical barricades. The Foundation is a work-in-progress, interactive performance which explores why we build walls. Some would say it is a how-to-build-your-own-wall guide.

Can a sheep laugh? What happens when it’s tickled? Is it still a tickle if they can’t fully feel it? Basically, can you tickle a sheep and how much are they really enjoying it?

Every morning Tim gets up and tickles himself relentlessly and unsuccessfully. He can’t make himself laugh so he’s started doing it to sheep on the daily. Sheep Nit is a scratch performance exploring the sensations and reactions of ‘a light touch’. Expect involuntary movement, consent and control, a hunger for human touch and the signs of feeling happy.

We all have roots, we think of them or not. People move around our little “global village “, have done it for the length of the human history, and for those who move away from their place of birth, family and familiar environment, those questions: who am I and where do I come from, what are my roots to keep me grounded in this turbulent world? arise a lot. There is not a standard answer to those, it can be sad, bad, hilarious and philosophical, anything. At the same time. What am I doing here? Well, shall we talk about this? It might create even more questions rather than answers. And hopefully some food for thought.

A gender-fluid LGBTQIA+ solo dance work taken from my experience of being a gay man with autism in recent years. One feels that homosexuals who also identify as ‘autistic’ feel socially unaccepted within the LGBT community not because of their sexual orientation, but their invisible disability.

This work is being supported from Ludus Dance through the ‘Occupied’ Associate Artist Scheme.

The performance explores the cultural disconnect with our bodies. While meditation apps and yoga retreats offer us a way to understand our emotional and physical state, we appear to be more and more alienated from the fleshy, felt fabric of our viscera as it moves us from work meeting, political news report, family gatherings and our lover’s beds.

Through the performance we reunite ourselves with our material being and share it with each other and the audience. The work moves from emphasising the materiality of bodies, to attempting to express the verbally inexpressible, what does illness feel like? What does it feel like to be physically invisible? Finally, the performers attempt to find the pleasure in having a body, how focus on our physicality can be liberating and radical.

HOUMI MIURA: IN THE BEGINNING WOMAN WAS THE SUN

What happens when a Japanese kid grows up with no role models that look at all like her? In the beginning woman was the sun is a 1 woman show that explores the immigrant experience and what it’s like to live in a country that does its best to very politely make you feel like an outsider. As Houmi Miura goes on a quest to find some badass Japanese female heroes from history to pin up as her new poster girls.

ALEX DEACON: NOT ALL MEN

Not All Men is an autobiographical solo theatre show which challenges the concept of Toxic Masculinity and normative gender. Through stand up comedy, spoken word and song. Alex takes us through his life growing up a little differently. The nature of the piece was to look inwardly at my own gender in the hope it would paradoxically look outward. Masculinity is such a contested topic right now and this piece goes some way in challenging the stereotypes that men give ourselves and are labeled. It will question how we raise boys to be men and how society boxes them in to behave a certain way.

Plant Club transports their audience into their gardening safe haven, a place where friendship, absence, growth, suffering and loss become pertinent to the discussion. But most importantly, it is a place to refresh, reflect and relax. The performance pays careful attention to calmness in an otherwise chaotic world as it engages with a fulfilling relationship with nature. Horti(Culture) invites its audience on a journey through the four seasons, which reflects the three performers mental health over the past twelve months. Horti(Culture)’s sensory experience evokes a positive reminder about how important self-care is within today’s society.

KRISSI MUSIOL: WORK IT OUT!

Work It Out! is a live performance exploring motivation, exhaustion, motherhood and the female body. Krissi tries to find the energy to work out (exercise) whilst working things out: Both personal (how to be a mother, how to go to sleep) and political (gender pay gap, Grenfell Tower disaster, Shamima Begum’s citizenship). On stage, a guest performer joins her: A Personal (Arts) Trainer/Birthing Partner, who motivates her to perform.

Krissi draws upon language from The Body Coach whilst attempting to embody Kanye West’s ‘Work Out Plan’, to create her own motivational manifesto in this uninspiring political time. The piece is an exploration of wellbeing and wellness trends, about collective responsibility, about time and how we manage it, about what constitutes women’s work and ultimately, about not giving up.

EMMIE ALDERSON: A PILGRIMAGE FOR SYLVIA

A Pilgrimage for Sylvia, follows the final walk a woman makes, the absence and presence of a dead poet and an unanswered telephone call. This is a performance about obsession, the obsessive pursuit of following someone else’s footsteps contained in the streets of London. Within the depths of this obsessive pursuit Emmie begins to look for herself, within the story that she has created.

This lecture performance investigates how you both re-enact someone else’s history and how you document history and experiences you were not there to witness. During the performance the audience are confronted with the issues of how we remember absent figures and perform our own past.

ALL CHOREOGRAPHERS ARE BASTARDS: DEATH BY JUNE

The intention to build armour whilst simultaneously breaking it, creating systems in order to contextualize the action and physically exhaust. The performance is dogmatic, frustration and tension feature to create a narrative of isolation and exhaustion. These actions interpret my position in austerity Britain. Its naturally Political….The climate of Britain is addressed in an unbiased manner.

This body art performance presents the performers reaction to Brexit Britain through the artist’s identity journey. The piece not only explores the feelings of the performer through obvious life-based story-telling and verse, but also holds a suitable message regarding the current uncertain future of the artists due to the unknown effects of Brexit. Wearing a union jack dress the performer tells a story of how the dress relates to different ages and events in her life. She asks, “Do you like my dress?” 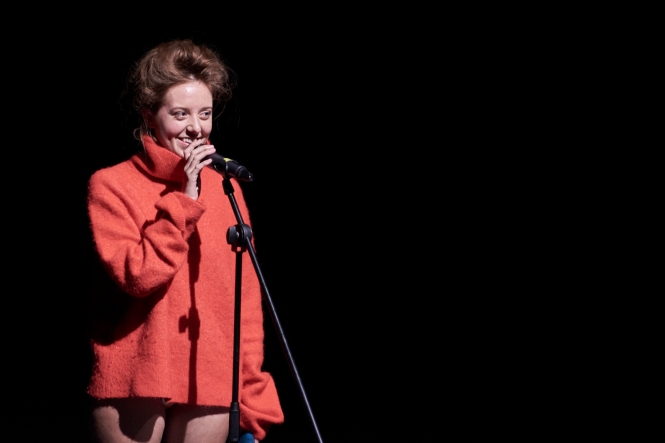 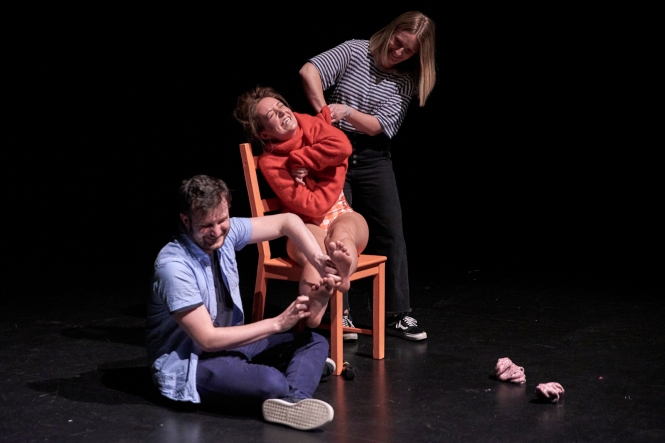 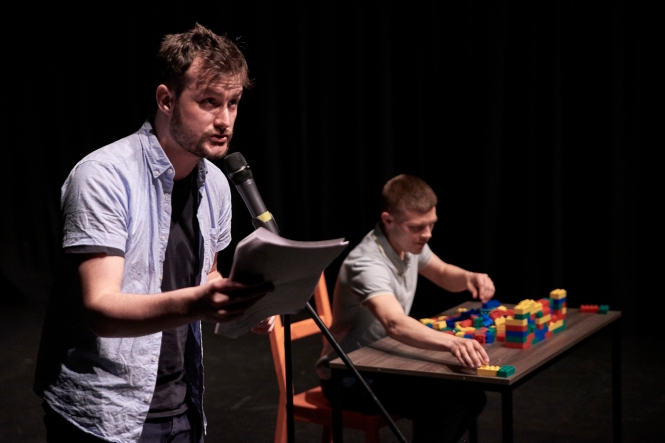 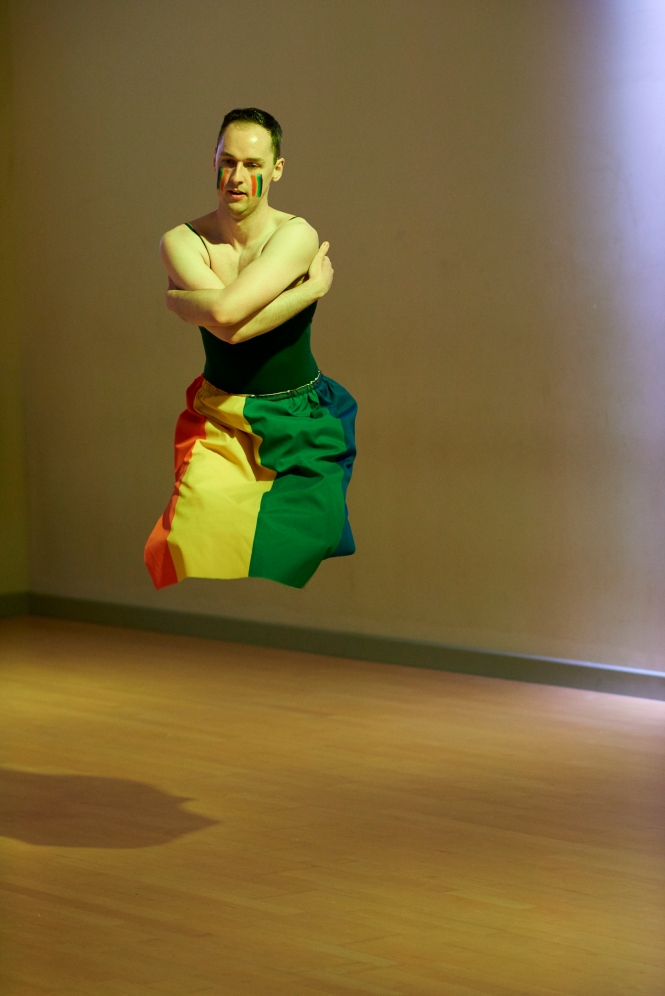 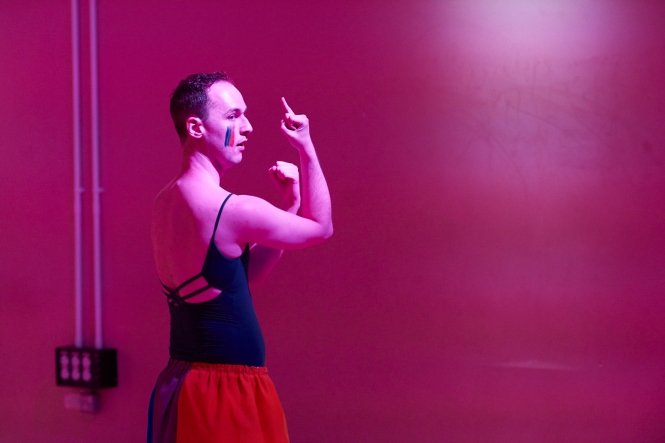 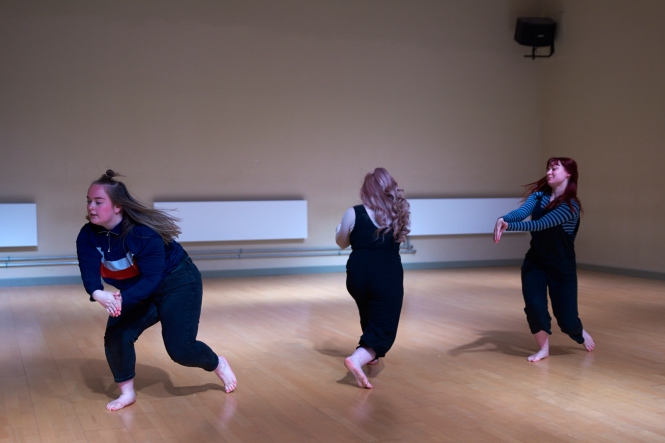 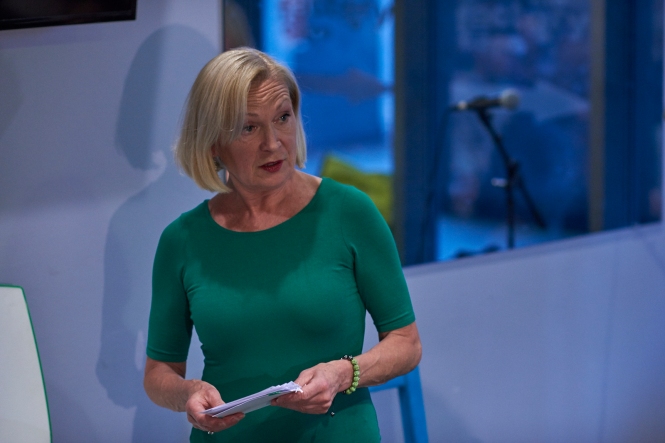 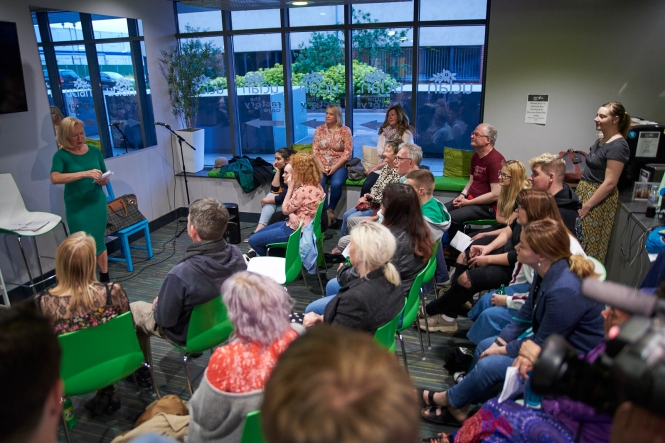 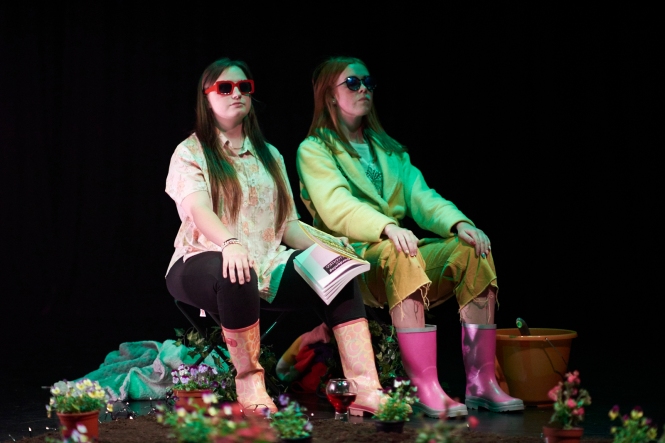 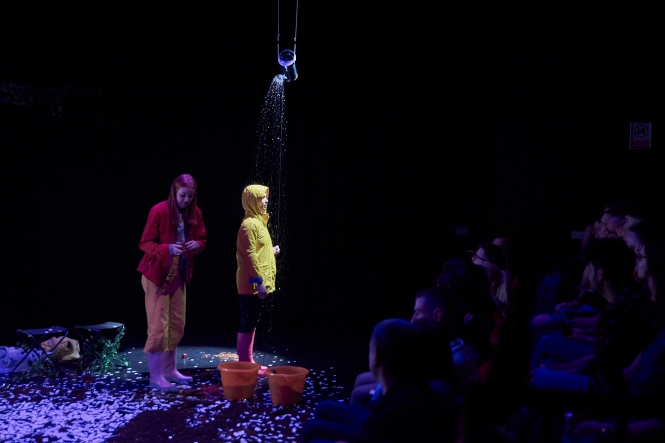 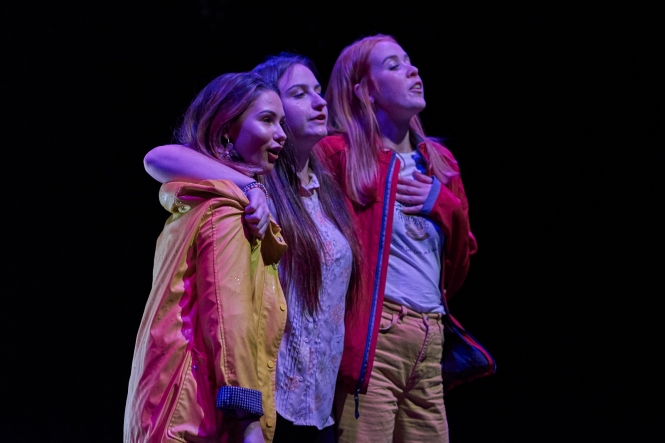 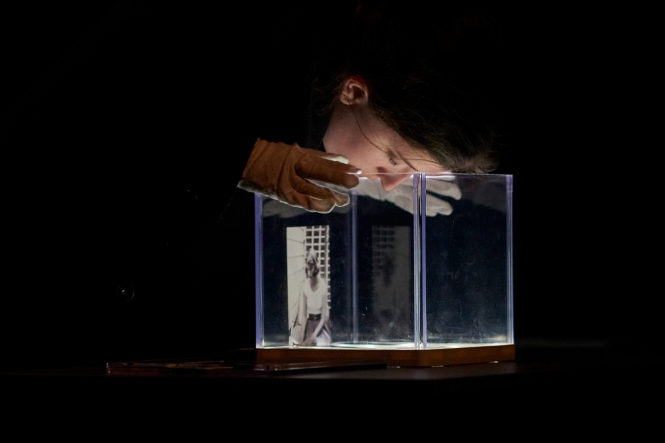 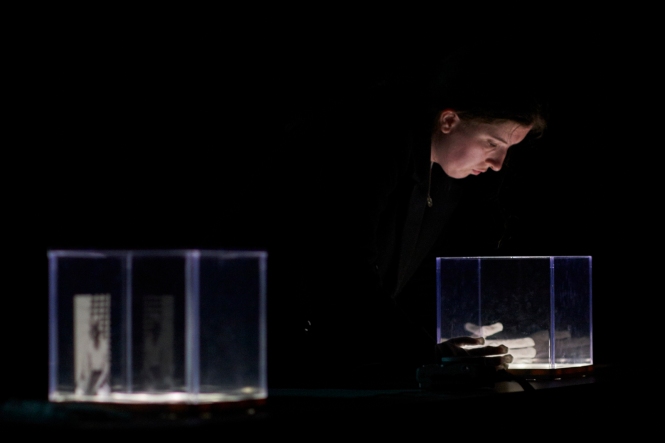 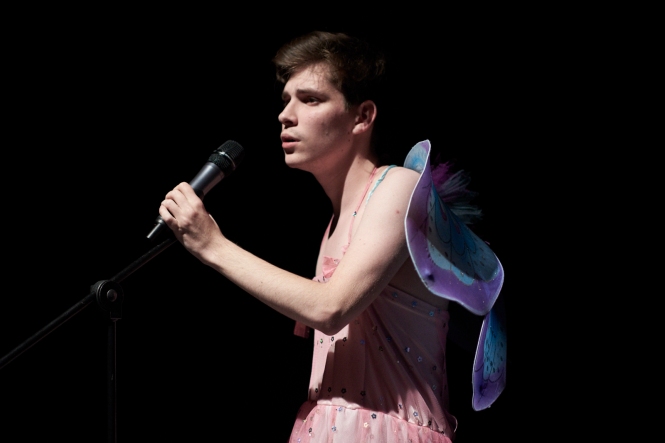 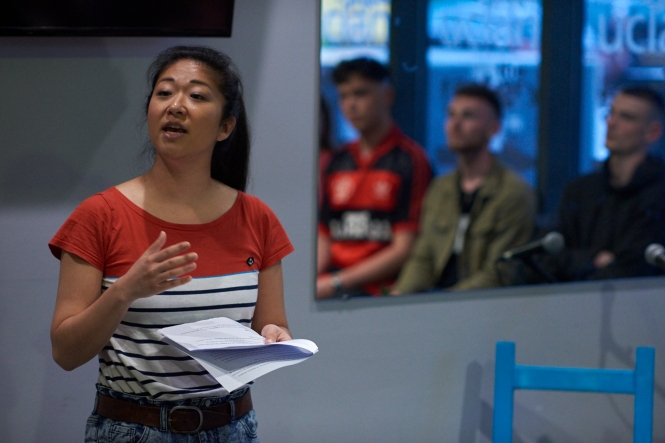 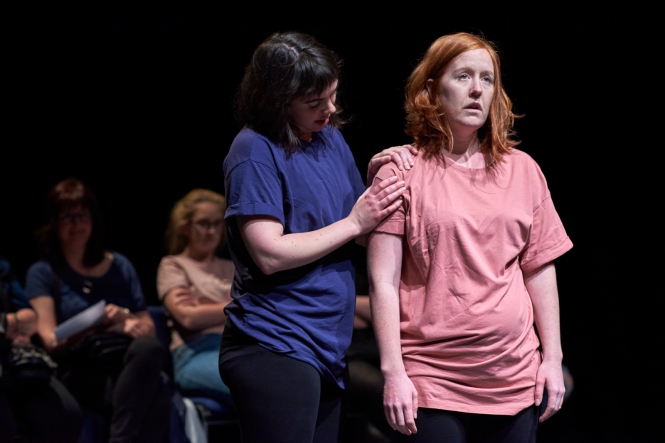 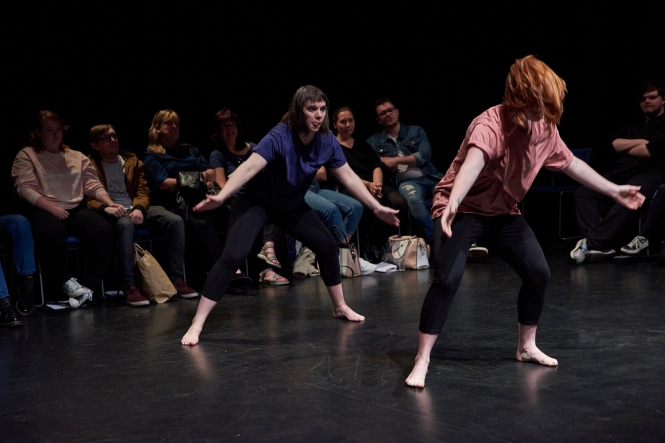 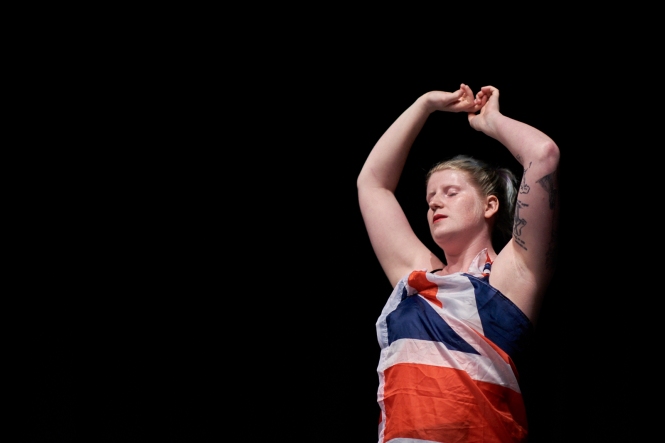 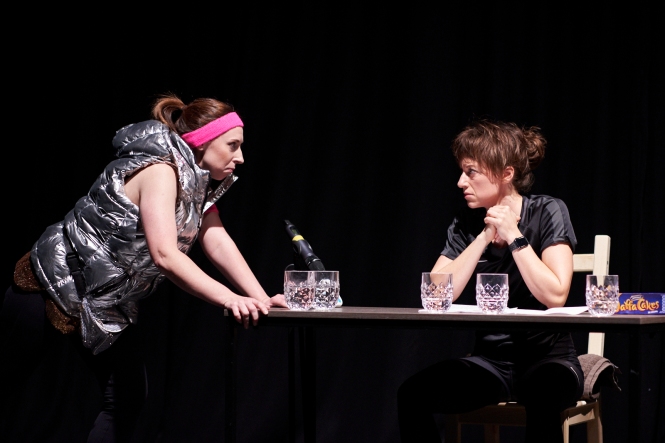 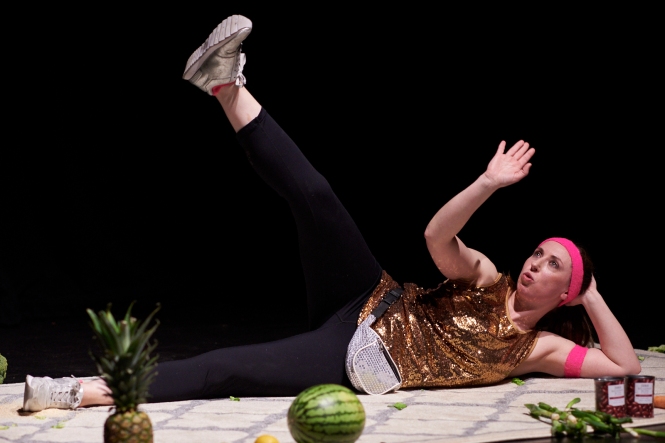 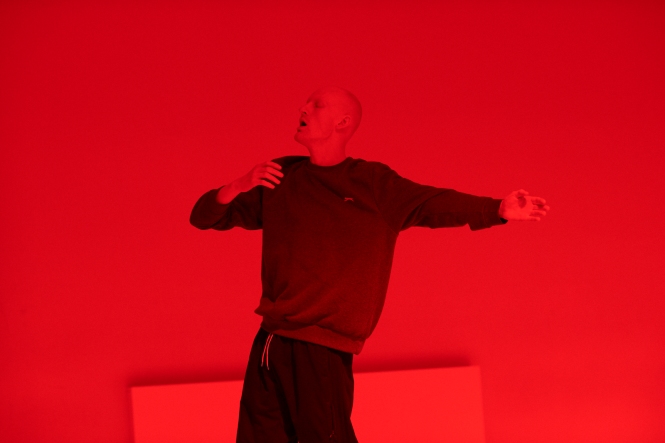 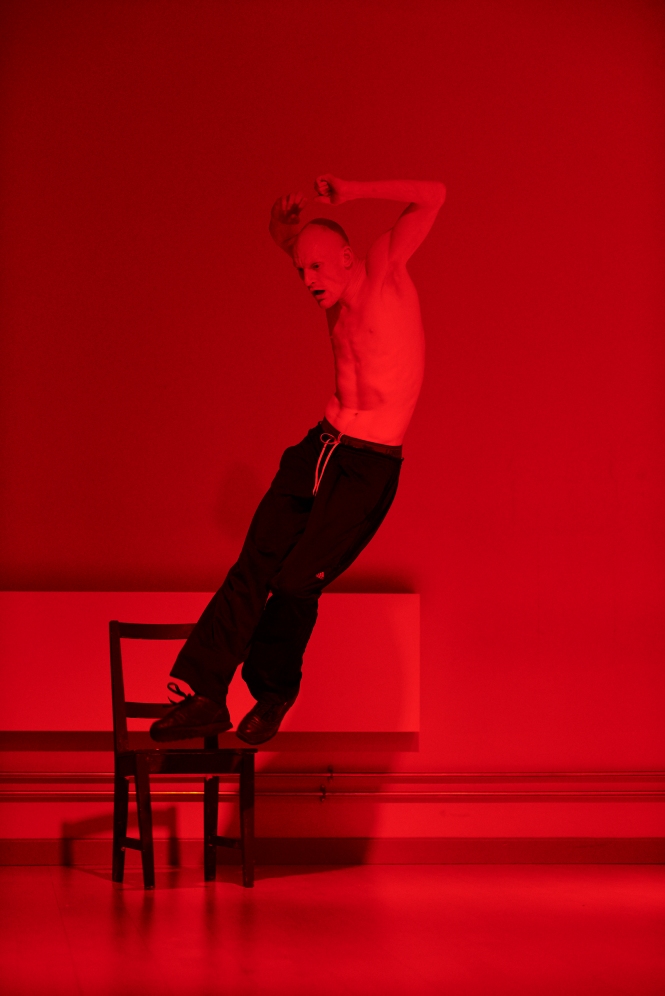