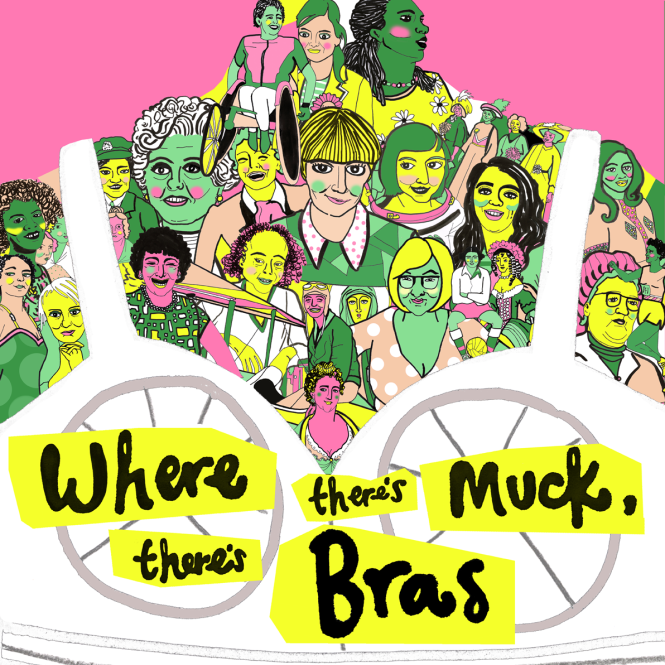 The stand-up poet has performed her poetry on BBC1 and BBC2 as well as numerous radio shows. For Radio 4 she has made two comedy series The Price of Happiness.  She has been Poet in Residence for the Great North Run, Glastonbury Festival and Radio 4’s Saturday Live

Where There’s Muck, There’s Bras is a hilarious and thought-provoking show which sees Kate and actor Joanna Holden explore the Northern women you’ve heard of (and the ones you haven’t).

This performance lecture uncovers the hidden history of the writers, scientists, sportswomen, politicians, protestors, musicians and other heroines who make up a far more diverse North than we usually see.

In 2018 Kate completed a PhD at the University of Leeds about class, gender, Northern Englishness and stand-up and has published several academic papers and book chapters on comedy and performance. Her poetry collections have been published by Burning Eye Books, Smokestack and Valley Press.

She is a headline act in her own right who has also supported acts such as Linton Kwesi Johnson, Hollie McNish, John Cooper Clarke and John Hegley.

Where There’s Muck, There’s Bras, on at the Harris Museum at 7.30pm on Weds, May 22, was commissioned by Great Exhibition of the North 2018.

“The wordplay was linked by jokes and hilarious recollections” Fringe Guru

“She really is a true original” Cuckoo Review

“Captivating, funny and warm. Humble without being self-effacing” The F Word